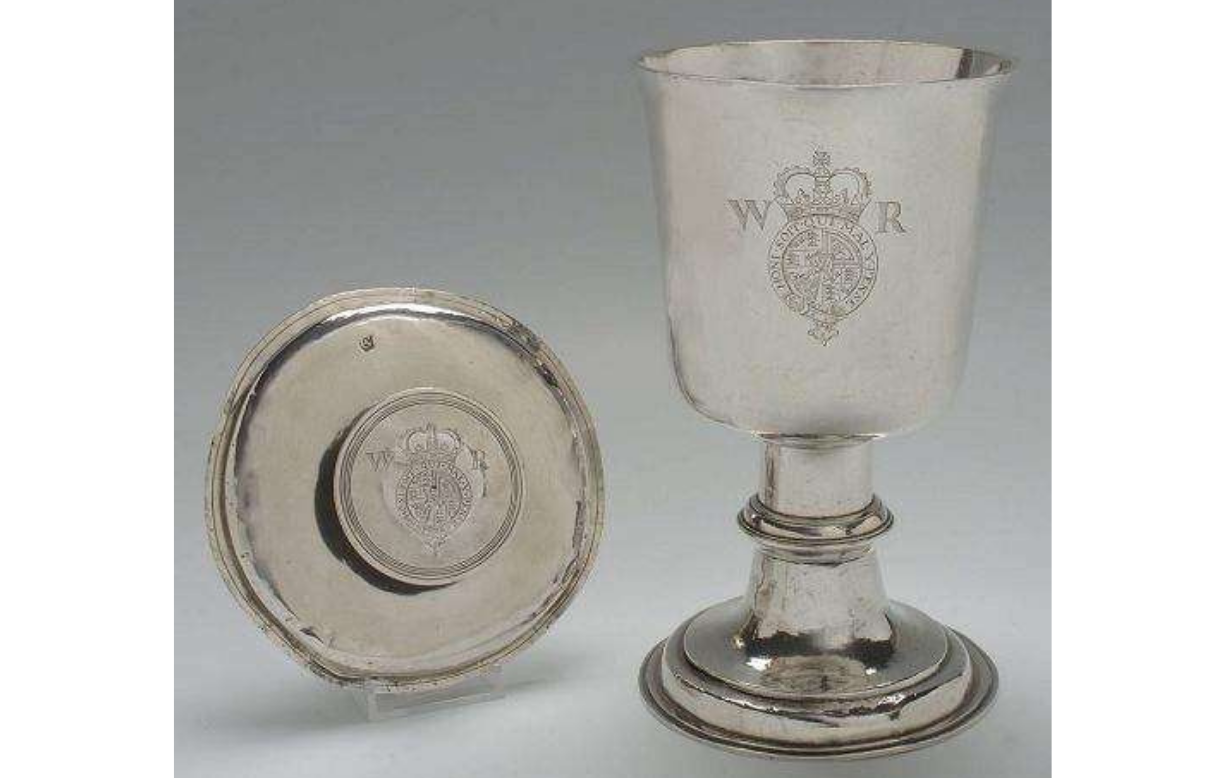 The Queen officially bestowed St Peter’s Church with the title ‘Their Majesties Chappell’ earlier this year.

The credit for the name change goes to Thomas Sinsteden, a retired Irish physician with a passion for Irish silver.

“I started to collect silver when I was working as a physician,” said Dr Sinsteden. “There was very little written about it. I started to become more academically interested in it.”

He has written many articles and is co-author of ‘The Red McCombs English & Irish Silver Collection: Every Piece Tells a Story’.

Dr Sinsteden visited Bermuda in the 1990s on a sailing boat. After he arrived the weather was bad for sailing so he decided to do some sightseeing.

“I went exploring and went to see St Peter’s,” he said. “They had their safe open and I saw a piece of silver that looked very Irish. I made an application to have a look at it with the Reverend. It was a piece of Irish silver. I also saw that there was royal silver in the safe. It had royal arms on it, and that intrigued me.”

Dr Sinsteden kept the Bermuda silver in the back of his mind when he later went to research at the British National Archives at Kew in England.

“I was researching the Duke of Ormonde silver,” he said. “They were based in Kilkenny, Ireland. They were very important people. There was a lot of records of their silver in Lord Chamberlain’s Jewel House records.”

The Jewel House was where the royal treasures were kept and monitored until the late 18th century. The Lord Chamberlain is one of the chief officers of the royal household.

While Dr Sinsteden was combing through the records he stumbled across the 17th century royal charter for Bermuda, Boston and New York for a ‘royal chappell’. He copied the one for Bermuda. His findings included a warrant for the St Peter’s communion silver, the document ordering that it be created and sent to Bermuda.

“The warrants for chapel plate sent to the colonies in the late 17th century was not to exceed £60,” he said. “Bermuda’s weighed 176oz and cost a little more than £58 and the one to Trinity Church, New York and weighed 168oz and cost £56.

“Another communion set was sent to Barbados. Only two pieces survive and they are not in the same church. There is a set in Boston, but that is also missing one or two pieces. The set at St Peter’s really is quite priceless. It is very hard to put a value on it because it is so unique.”

When Dr Sinsteden returned to Bermuda several years later, he handed a copy of the warrant to Rev David Raths, rector of St Peter’s Church.

“Rev Raths was intrigued and very interested,” said Dr Sinsteden. “He didn’t realise we had any royal silver.”

It had also long been forgotten that St Peter’s had ever been a royal church. After Dr Sinsteden presented his research this was confirmed by Anglican church officials in London.

That makes St Peter’s Church in Bermuda very special, because there are few churches outside of Great Britain that can call themselves ‘their majesties chappell’. The churches in America that had this designation in the 17th century cannot use the title now, because America is independent.

Dr Sinsteden was hoping to attend the festivities this weekend, where Bishop of London Rt Rev Richard Chartres will visit St Peter’s and the 300-year-old communion silver will be used once again on Sunday. Today, it spends most of its life in safe storage.

“St Peter’s is quite magnificent,” Dr Sinsteden said. “It is amazing that it has survived in almost its original condition for so many years. It is wonderful.”