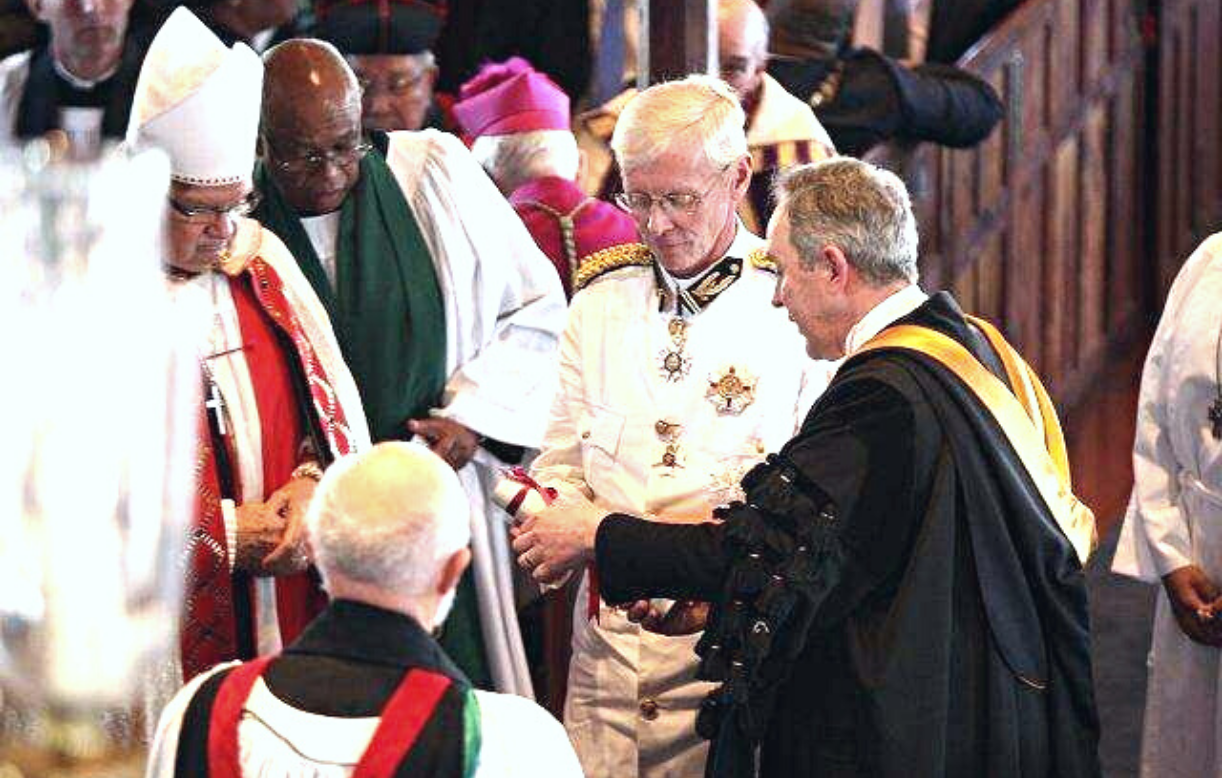 St Peter’s Church was honoured with a title befitting its historic status in a royal ceremony yesterday afternoon.

Hundreds of people packed into the church to see it officially receive the title, ‘Their Majesties Chappell’, a name dating back to the 1600s and the reign of King William and Queen Mary.

The ‘intitulation’, granted by The Queen in her Diamond Jubliee year, marks the 400th anniversary of St Peter’s, which is the oldest Anglican Church outside the British Isles.

David Baldwin, a member of the Queen’s Household, brought the intituling document from Buckingham Palace by hand and delivered it to St Peter’s yesterday afternoon at a ceremony attended by Governor Sir Richard Gozney, Premier Paula Cox, a host of MPs and leaders of a number of the Island’s churches.

The Royal Gazette yesterday: “It’s a very splendid occasion. It’s an honour for us that the Queen has given us this title.

“It’s taken a while, but the people have got very excited about this. It’s not just for the church, it’s for the people and the town.

“St George’s hasn’t had much go it’s way for the past two centuries, ever since they moved the capital. But this is something to be enthusiastic about.”

Rev Raths began the campaign for the intitulation after historian Thomas Sinsteden spotted a 1697 document referring to St Peter’s as ‘Their Majesties Chappell’ at the Public Records Office in London; before yesterday only six Chapels Royal existed outside the UK.

Grace Rawlins, chairman of the Intitulation Committee, said yesterday: “For some reason, from 1697 nothing was done about it, and so the approach was made to Her Majesty the Queen, hoping that she would see fit to grant this title. And she has.”

The church has changed its signs to accommodate the title, but Ms Rawlins said: “The church will be no different because of this.

“We still serve the community and the people of Bermuda. We will continue to do the work we have always done, just with the added honour.”

Mr Baldwin, the Serjeant of the Vestry of Her Majesty’s Chapel Royal at St James’ Palace, said: “It’s the most historic occasion. The title is very rarely used and was issued by the Queen to mark the 400th anniversary of St Peter’s Church.”