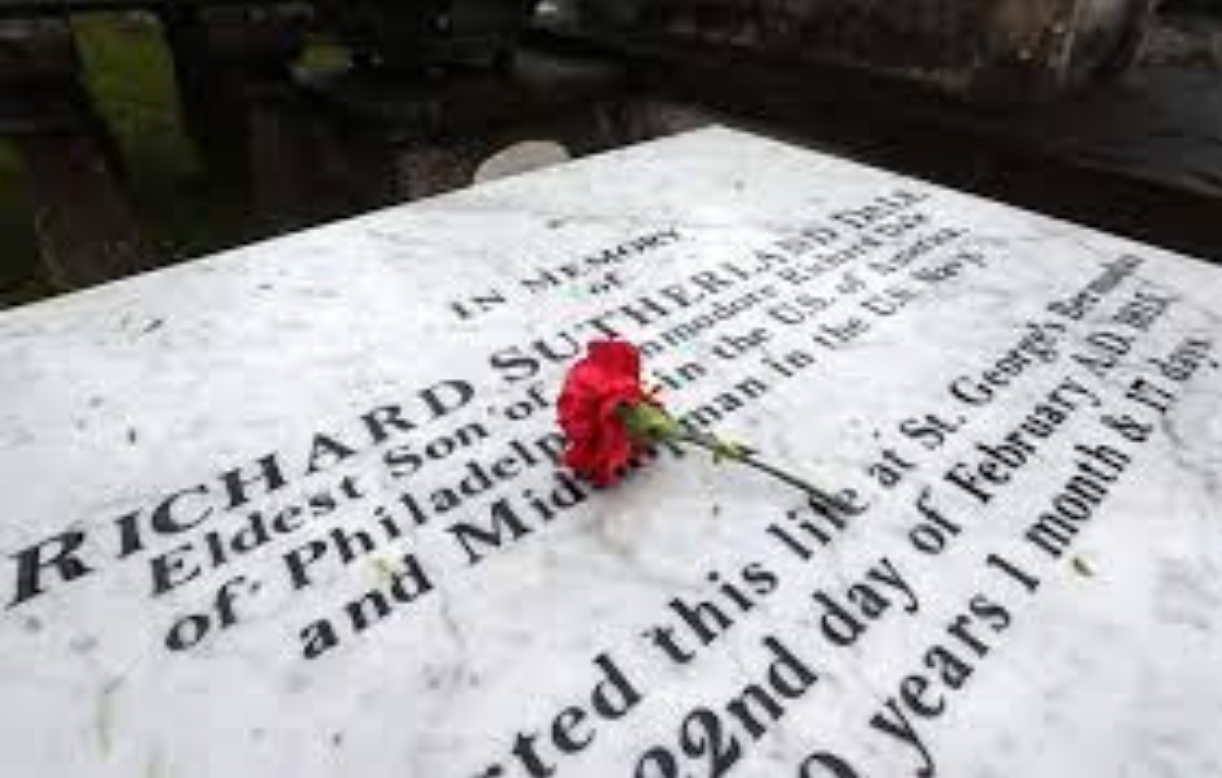 The last casualty of a 19th century war between the United Kingdom and the United States was remembered today.

A ceremony to commemorate Midshipman Richard Dale of the US Navy was held at St Peter’s Church, St George, where the young officer, aged 20 when he died in the Olde Towne, is buried.

Richard Spurling, chairman of the Friends of St Peter’s Church, which organises the annual event, said Mr Dale arrived in Bermuda on the captured USS President on January 29, 1815 and died on February 22.

Mr Spurling added: “He had his leg amputated and quite possibly ultimately died of gangrene.

“Here, he was lovingly taken care of by the residents of St George’s for which his father, Commodore Richard Dale of the US Navy, remained eternally grateful and arranged for the tombstone in St Peter’s Churchyard that reads: ’This stone records the tribute of his parents’ gratitude to those inhabitants of St George’s whose generous and tender sympathy prompted the kindest attentions to their son while living and also honouring him, when dead.’”

Mr Dale is thought to be the last casualty of the War of 1812.

The battle took place after a peace treaty was signed in Europe in December 1814, but the news had not reached North America.

It was the 13th annual commemorative service organised by the Friends of St Peter’s Church.

The ceremony was held in St Peter’s because of bad weather, rather than at the Bank of Butterfield on King’s Square, a former hotel where Mr Dale died.

The War of 1812 was the last armed conflict between the UK and US and the two countries later became firm allies.

David Frith, the St George Town Crier and a Pipe Major, led a march to the graveside at St Peter’s for a wreath-laying ceremony.

Sea Cadets from TS Admiral Somers were also on parade for the ceremony.

Tom Slawson, the priest in charge at St Peter’s, said: “We commemorate the young Midshipman as one of the last known American casualties of the battles of the sea of the war between the UK and US, begun in 1812.

“We give thanks to God that the enmity of those times have been supplanted by long-lasting and mutual relations.”