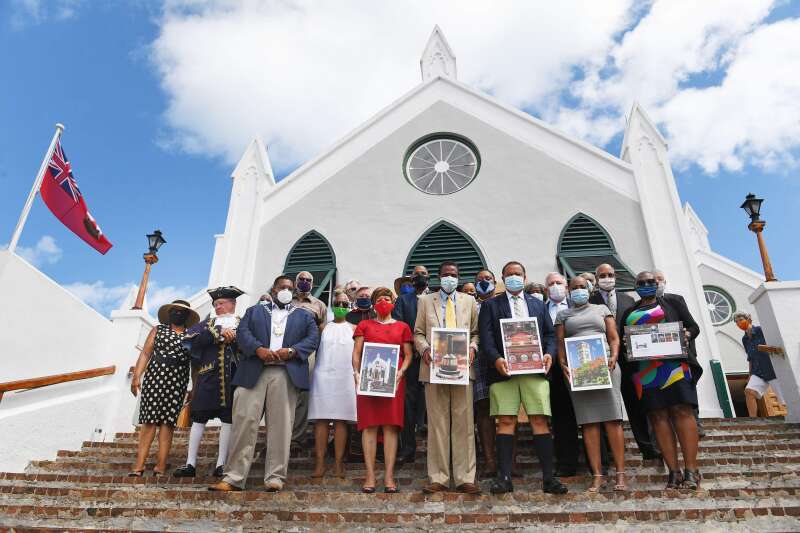 A series of stamps were launched to mark the 400th anniversary of Bermuda’s Parliament yesterday.

Politicians past and present gathered outside the historic St Peter’s Church, in St George, where the Governor, Nathaniel Butler, convened the first sitting in 1620.

Dennis Lister, the Speaker of the House of Assembly, told the crowd that the stamps, depicting images associated with Bermuda’s assembly, were part of a string of moves to acknowledge the anniversary.

Others include a youth parliament debate in September, an art competition and a debate on the theme “Bermuda: future matters”.

Mr Lister said St Peter’s Church had played “an incredibly significant role in the origin of parliamentary democracy in Bermuda”.

He added that the gavel he uses at the House of Assembly in Hamilton was made from a cedar tree that still exists in the churchyard of St Peter’s.