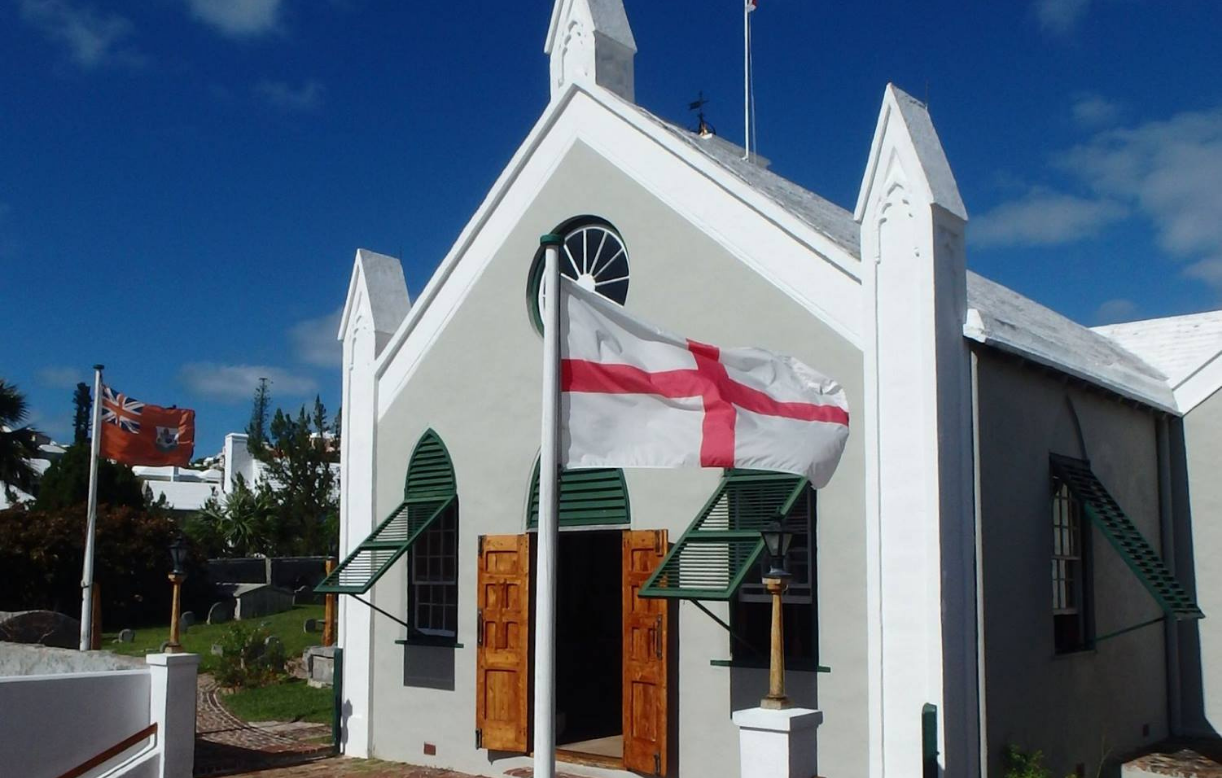 Her Majesty Queen Elizabeth, celebrating her Diamond Jubilee, has redesignated St Peter’s Church in St George’s as ‘Their Majesties Chappell’, in honour of the church’s 400th anniversary this year.

The first of the Anniversary year’s events will take place on Sunday, March 18th, with a ‘Service to Celebrate the Intituling of St Peter’s as ‘Their Majesties Chappell, by Sign Manual of Her Majesty The Queen.’

The Intituling Document will be presented by Mr David Baldwin to the Governor of Bermuda Sir Richard Gozney who will then read it to the assembled church and civil dignitaries, parishioners and invited guests.

The Document signifies Her Majesty’s pleasure to designate to St Peter’s this early historic title, first used during the reign of King William and Queen Mary.

The Rev’d David Raths, the Incumbent of St Peter’s, expressed his delight with The Queen’s gift to the church: “This honour of a royal title acknowledges the faithful witness and service of the people of this parish for four hundred years.

“They can take pride in being honoured by the Queen and that their church has been recognized and acknowledged as a religious, historic and cultural icon of Bermuda.”

The earliest occasion which has been found for the use of this title is in the Royal Warrant for the set of Communion silver given by King William III “for ye use of Their Majesties Chappell .. Bermudas”.

The warrant was dated March 18th, 1697, and will be read in the church for the first time on March 18th, 2012, by Dr Thomas Sinsteden of Connecticut, who located the Warrant in the Public Records Office in London and brought a copy to St Peter’s in 2007.

During the March 18 service, the Communion Silver will be carried in procession to the 1612 Communion Table. The pieces are engraved with the Royal cipher WR and William’s Royal Coat of Arms.

Leading the procession will be the St George’s Chalice, given to the church in 1625 by the Bermuda Company. The chalice and its cover are engraved with a depiction of the Sea Venture hitting the reef off Bermuda in 1609. This has been transcribed and is to be used on the new flags and banner for Their Majesties Chappell.

The William III Communion set is possibly the oldest of such sets which were provided to the Crown Colonies in the late 17th and early 18th centuries, and certainly one of very few still intact and in the church to which they were given.

Father Raths considers it remarkable that it has survived intact for over 300 years. Although now secure in a safe – oddly enough the safe that once housed the lost Tucker Cross – it must at times have been merely locked in the vestry.

In its role as Their Majesties Chappell, St Peter’s has been accorded new emblemage in the form of “royal scarlet broken-banding” which will be used on the cincture worn outside the cassock by the incumbent of St Peter’s, on the Mitre worn by the Bishop of Bermuda when visiting St Peter’s, and as a banding on the edge of its new flags and banners, which will be blessed in the Intituling Service on March 18th.