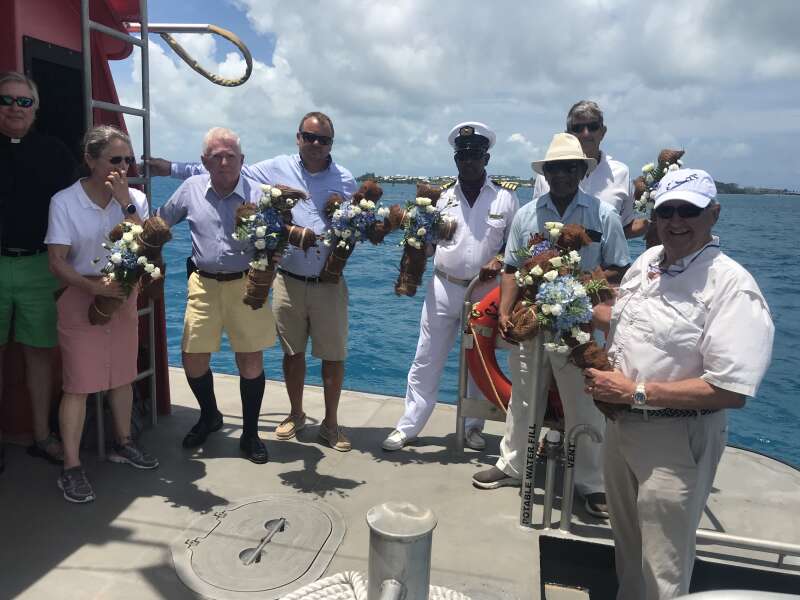 Those who have lost their lives at sea were remembered during wreath laying ceremony off the coast of St David’s.

The Annual Memorial Service of the Guild of the Holy Compassion, held on Friday, was able to return to the water for the first time since the start of the pandemic.

The tradition began after the loss of the crew of the pilot gig Ocean Queen in rough weather in January 1929.

“They managed to get the pilot on board the freighter and the crew asked if they would like to lift the Ocean Queen on board because the weather was rapidly worsening.”

Reverend Tom Slawson of St Peter’s Church then blessed the wreaths before they were laid on the ocean.

“The pilots said that they would try to make it back themselves to Fort St Catherine beach where they had set out from. They were never seen again.”

The gig was later found near Elbow Beach, but the bodies of the pilots were not recovered.

Guild members and guests were taken through Towne Cut in St George’s to meet the MV Somers Isle as the ship travelled through the channel from Hamilton.

Steven Petty of Bermuda International Shipping Ltd said the ceremony was moving for those who took part.

“As we laid the wreaths off the stern of St David we were thinking of those mariners whose lives were lost trying to make life better for us,” he said.