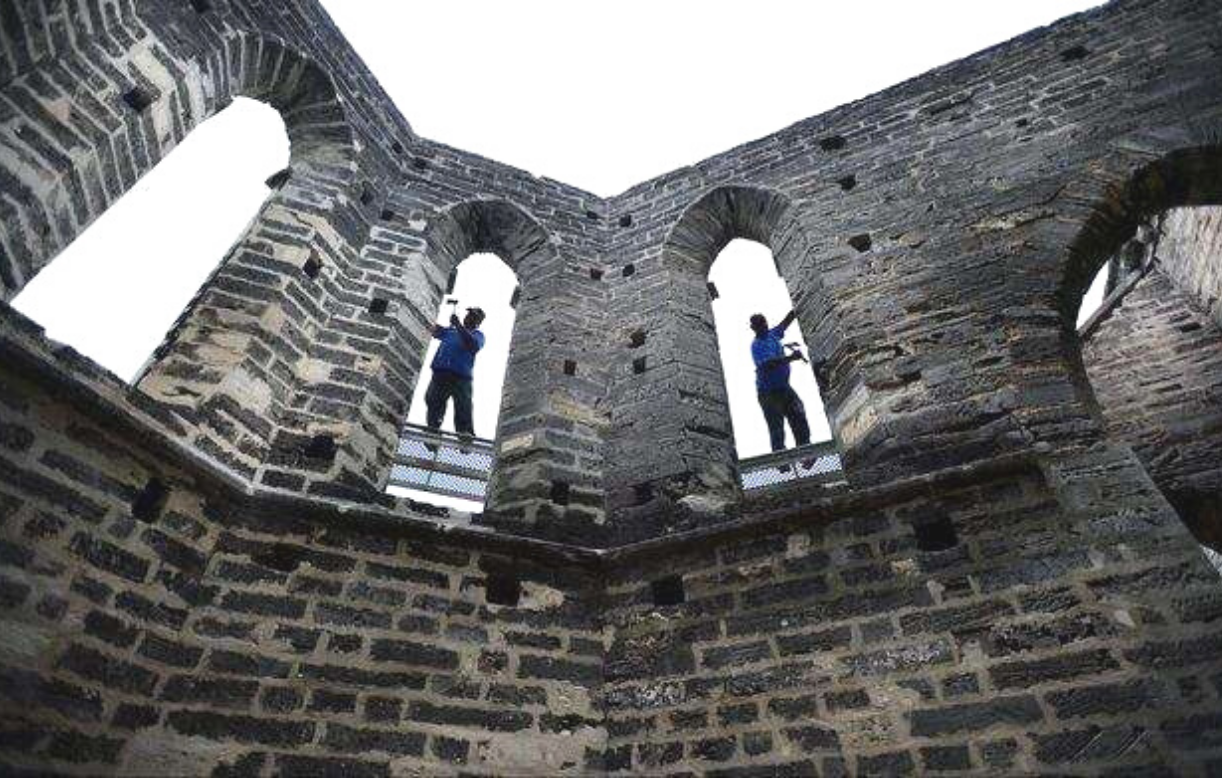 Staff from Works and Engineering have in recent weeks been working to restore the Unfinished Church, which suffered “substantial deterioration” due to weathering.

Former St George’s Mayor Henry Hayward said: “It got so bad it was actually a danger to visitors and tourists and we had the close to gate so they wouldn’t go in there.”

The site was closed to the public in late 2010, but reopened earlier this year. Mr Hayward said the Department of Works and Engineering sent several masons to the site last year, patching up some of the eroding sections of the structure.

“They worked for about three or four months, but I guess other priorities came up so they left,” Mr Hayward said.

“They came back about two weeks ago, and two masons have been working up there since. They’re doing a good job”

The Unfinished Church was intended to replace St Peter’s Church, which was badly damaged by a storm in 1874. Construction was never completed due to financial shortfalls, storms and a divide in the congregation, but the site remains a popular site for visitors and weddings.

A Public Works spokesman confirmed that “preliminary works” undertaken last year had started out as eight weeks — but extended to four months in light of the extensive wear discovered.

“The Ministry has been asked to provide further assistance this year for a period of two months,” he added.