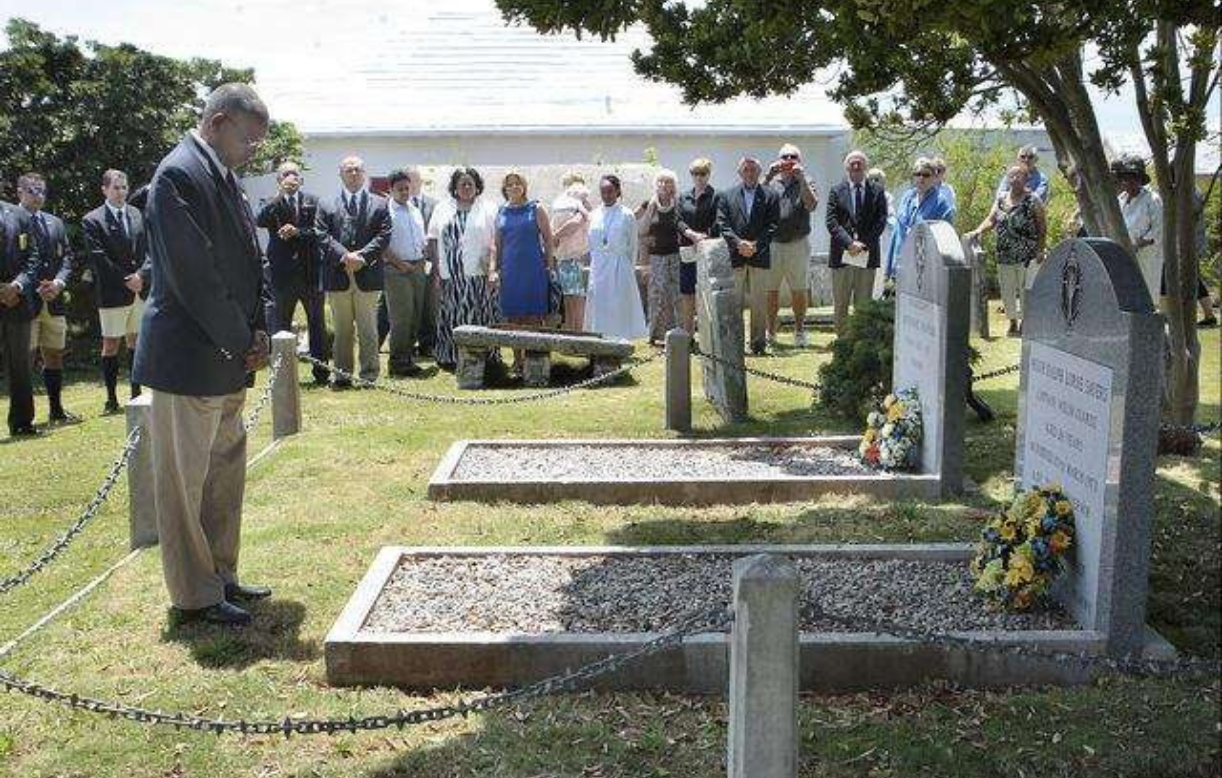 Around 100 people attended a special ceremony at St Peter’s Church yesterday to mark 40 years of service by Bermuda Regiment officers to governors of Bermuda.

Governor George Fergusson thanked all those who had served as aide-de-camp — the military right-hand man to governors — over the past four decades.

The first Bermudian ADC, retired Major Alvin Daniels, who took up the post in 1973, read the first lesson at the service.

The service was conducted by St Peter’s rector David Rath, who is also the Regimental chaplain, with the rank of Major. The second lesson was read by current ADC, Captain Clifford Powell.

“It was a very moving and thankful service in remembrance of those who have served in the post,” Maj Daniels said.

“The Governor’s message was of thanksgiving for the Regiment ADCs, who have provided service over four decades and stressed how much it was appreciated.

“He also noted that a number of former ADCs had continued to serve the Country and that several of them had gone on to command the Regiment.”

Maj Daniels succeeded Welsh Guards officer Captain Hugh Sayers, who was assassinated along with Governor Sir Richard Sharples in the grounds of Government House in 1973.

Special mention was made of two ADCs who have since died, Captain Larry Brangman and Maj Chris Wheddon, both of whom had family members at the service. Around 18 former ADCs are still alive, most of whom attended. Minister for National Security, Michael Dunkley was also at the service, representing the Government.

After the service, the Governor laid a wreath on the grave of Sir Richard while Maj Daniels did the same at the grave of Capt Sayers. The two are buried side by side in the graveyard of St Peter’s.

A floral arrangement in memory the ADCs and former governors who have since died was displayed during the service and later donated to a local rest home.

Maj Daniels, who retired in 1976 but returned to Regiment duty in 1981 for a further six years, continues to serve as secretary to the Defence Board and to the Regiment’s Promotions Board.

He added that other commemorations will take place this year, including a dinner for former ADCs hosted by the Governor at Government House in July. Former ADCs will also take the salute at a Beating Retreat ceremony in Hamilton that month.

And the planting of four cedar trees to mark each decade of Regiment service at Government House will take place in September, followed by a picnic in the grounds for ex-ADCs and their families.

Former ADCs will also make presentations to two Bermuda charities in July as part of the celebrations.

The Bermuda Regiment is looking for volunteers for a variety of roles. A Regiment career offers recruits opportunities to travel, acquire skills useful in civilian life, test themselves to their limits and competitive rates of pay. For more information, call 238-1045 or visit www.bermudaregiment.bm .