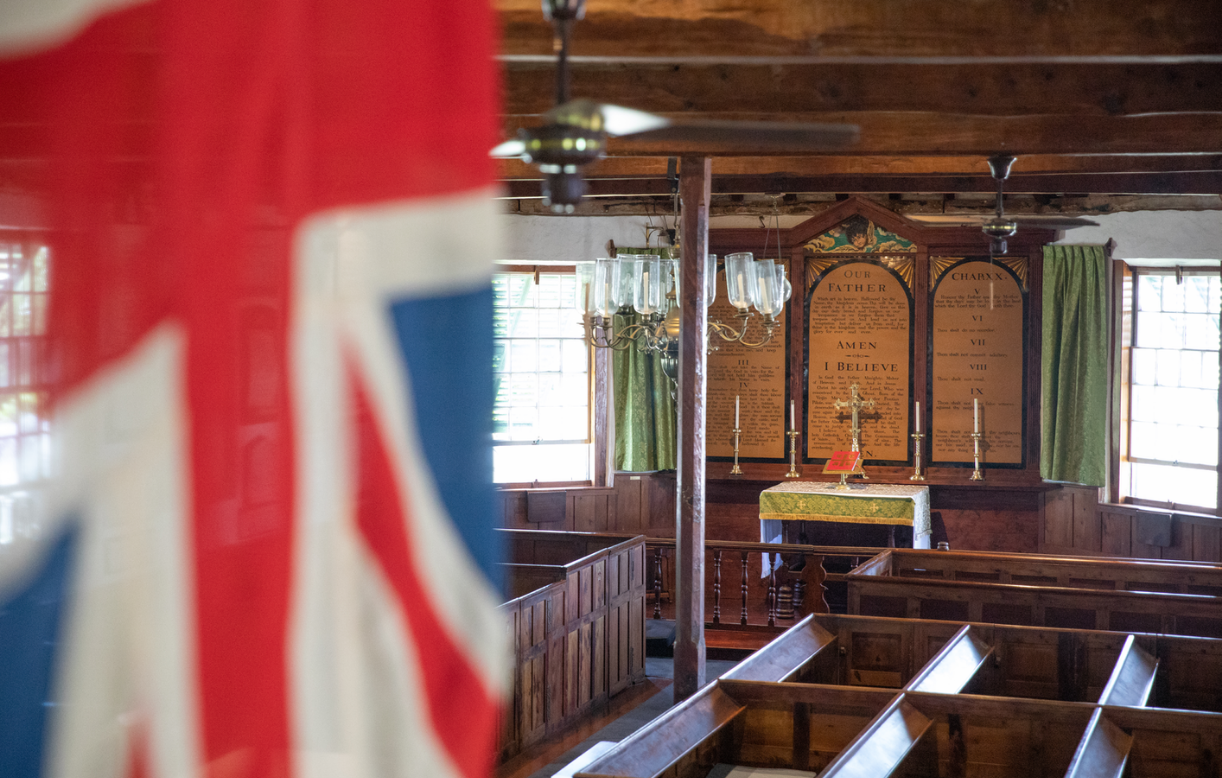 Today is an historic milestone — the 400th anniversary of the island’s Parliament, which first convened at St Peter’s Church in St George.

A re-creation of the inaugural session under the Governor, Nathaniel Butler, which came with a daylong sermon and 15 Acts passed, had to be called off because of Covid-19.

But today’s significance was not dimmed for the Friends of St Peter’s Church.

The group’s chairman, Erskine Simmons, said he had a special link to the legislature as the husband of Michelle Simmons, an independent senator.

“It is significant not just for St Peter’s — it is 400 years of Bermuda, although St Peter’s has been connected with a lot of that history.

“The church reflects life in Bermuda, but also life in the world.”

Bermuda’s Parliament is the oldest in the Commonwealth outside of Westminster in Britain.

The island had only been settled for a few years when representatives first met in the freshly built cedar church in the Olde Towne, the original capital.

Gillian Outerbridge, the secretary of the charity set up to support the church, said: “It’s amazing.

“It’s a church and yet it’s the place of the anniversary of our Parliament, which makes it completely distinctive.”

She said the State House, behind the Town Hall, was not completed in time for the first sitting of Parliament.

The State House was finished later in 1620 and its anniversary ceremony will be marked next year.

Mr Butler’s address began with: “Thanks be to God that we are assembled here with firm intention to draw up and decree good and beneficial laws for the particular good and welfare of this plantation.”

Legislation ranged from housekeeping items such as the maintenance of King’s Castle guarding Castle Harbour, and the fencing of chickens during planting, to an Act to rid the colony of unsuitable immigrants — “aged, diseased and feeble settlers”.

Celebrations at St Peter’s may be on hold, but a commemoration is in the works for November 6 alongside the House of Assembly’s ceremonies. She added: “Perhaps at that time we can recreate the first assembly.”

Ms Outerbridge said she planned to mark today with reflection and reading about the occasion’s history.

She added: “That’s our celebration.”

Today also marks the anniversary of the Slavery Abolition Act of August 1, 1834, which granted freedom to thousands of enslaved Bermudians.

The Reverend Tom Slawson will lead an Emancipation Sunday observance at 11am at St Peter’s, with congregants to visit the black graveyard in the grounds of the church.

Ms Outerbridge said the was also looking ahead as it marked its long history.

She added: “As well as marking the 400th anniversary, we have taken this time by raising the funds to get ready for the 450th. We got very good funding from Unesco to invest in our infrastructure and make it as good as we can make it.”

Support came from the Bermuda Tourism Authority and the charity’s own ranks, as well as from the Unesco Heritage Fund.

As well as painting its clock tower and clock face, the church’s 200-year-old blinds have been repaired and replaced.

Windows and frames are being refurbished, the church’s street wall is to be repainted, and the lettering on its interior memorials has been touched up.

Ms Outerbridge added that a disabled-access brick pathway had also been laid and would be unveiled in “the near future”.