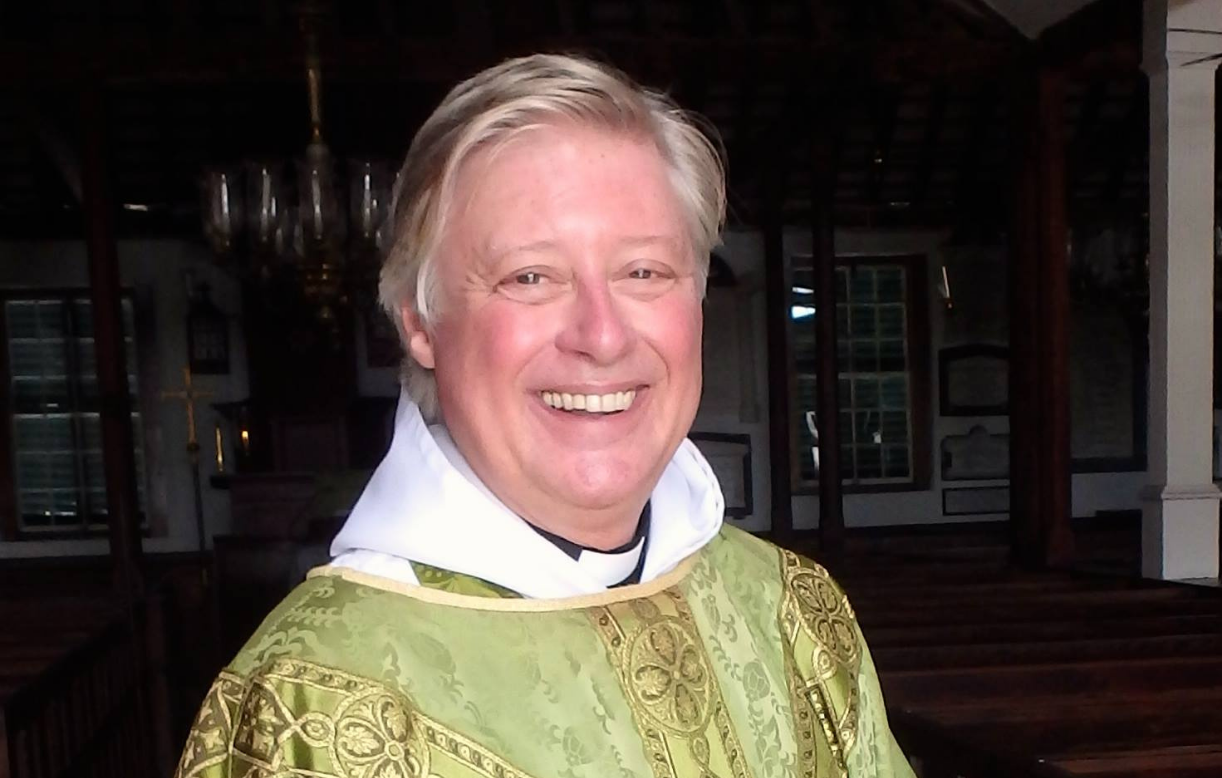 The Reverend Tom Slawson is used to helping others. He was there in the aftermath of Hurricane Katrina, the storm that killed nearly 2,000 and left millions homeless along the US Gulf Coast and New Orleans in 2005.

He felt compelled to help again when a flash flood destroyed part of the town he was living in just before he moved here in 2017 to become Priest in Charge at St Peter’s Church, Their Majesties Chappell.

And so, when asked in the face of Covid-19 to come up with a way of getting food to seniors and vulnerable residents in St George’s, he took it in stride.

“I’ve had the experience of being in disasters — for lack of a better word,” he said. “I was living in Mississippi when Katrina hit that part of the country. It was completely devastated and [along with my church] I was involved in the response and recovery there.

“Also, the town where I was located before I came here had a hugely destructive, devastating flash flood that wiped out the historic business district and again we were located nearby and were able to help in that recovery. That’s a long way of saying that you never know what’s going to happen. [My wife, Sonja, and I] came to Bermuda because we certainly felt a call here.

“I was invited to be their priest; you take things as they come and this is one of the things that, being part of the community, we’ve got to deal with.”

As the minister of a church he’s allowed a little more freedom than most, under the emergency measures that have been put in place to cope with the pandemic.

It offers him regular walks through the Olde Towne, where he’s saddened to see that nothing much is going on.

“You still see some people walking together and in small units, and having small get-togethers outside and that probably goes back to the close-knit nature of St George’s.

“It’s very quiet most of the time. There’s not near as much traffic. It’s quiet.”

The most activity he has seen has been while distributing the food provided by The Loren at Pink Beach.

The upscale resort and Butterfield Bank have given 500 meals to people across the island every day since April 1.

Stephen King, the owner and developer of The Loren Hotel Group, yesterday announced that additional help from the private sector had enabled them to double the number of meals, to meet rising demand and that the programme had been expanded until Bermuda Day.

Mr Slawson said he and his team were appreciative of their efforts.

“I think it was our Bishop, Nicholas Dill, [who was] key initially, in getting Butterfield and The Loren together to try to get something going to get food to those in need. First it was seniors and then those in need.

“We started out with 50 and now we distribute 60 meals every day. Most people come to the church hall to pick up their meal — it works here because so much is within walking distance.

“We do deliver a few meals each day, but most of them we just hand out at the door. I don’t know all of them, but I’m seeing, really, the same faces every day.

“If I had to guess, I don’t want to stereotype people but, [I would say] the people here are those on the margins, those that don’t have the economic wherewithal to be able to weather this very well.”

Another big change is the way he is able to minister.

Mr Slawson said he and his congregation miss their regular meetings. “I don’t get to see people as I normally would,” he said. “But, like many others, I try to stay in contact through phone call and e-mail messages.”

Covid-19 has also cancelled weddings at The Unfinished Church, a popular site for destination ceremonies that is owned by St Peter’s.

Asked if that would put greater financial strain on the church, which was already facing financial challenges, Mr Slawson said it “remains to be seen”.

“I don’t know that we’re having any worse challenges than anybody else,” he said. “Really what we’re facing here is it’s an ageing congregation — as most churches are.

“Unlike the perception that people have, it is not a wealthy church by any means, although it’s a much-visited church as you well know. We’re going to have our challenges in the future, but we’ll see how that unfolds.

“Just like everybody else, I think we’ll be glad when we’re able to move about a bit more, to be able to gather maybe, even in smaller groups. Here at St Peter’s, we do have an ageing population and congregation and I think it’s probably harder on those of age, to have to stay at home and not be able to get out and around, and they become even more isolated than they normally would be.

“That’s my fear, that people of age are more isolated than they should be.”