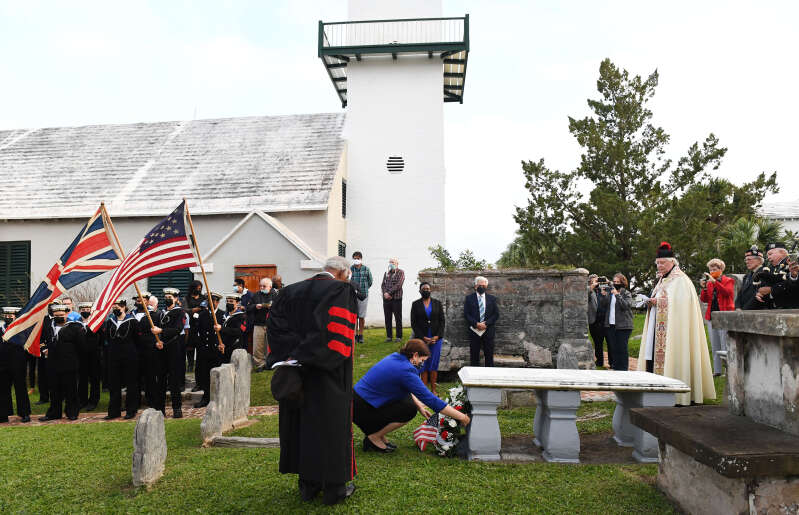 The life and sacrifice of a 19th-century American sailor was marked at a ceremony on Saturday.

Midshipman Richard Dale USN was wounded in an engagement that involved the USS President, a frigate, and the Royal Navy on January 29, 1815.

The junior officer and his captured ship were brought to St George, where he was looked after by Bermudians, but he died of his injuries on February 22 aged 20.

The War of 1812 between Britain and the US was already over by the time the engagement was fought, but news of the December 1814 peace treaty had not yet reached North America.

Midshipman Dale is thought to be the last casualty of the war.

He was buried in the churchyard of St Peter’s Church in the Olde Towne.

Thomas Slawson, the rector of St Peter’s, opened the service of remembrance with the traditional naval hymn Eternal Father, Strong To Save.

Wreaths were laid by Rena Lalgie, the Governor, Karen Grissette, the US Consul General and George Dowling III, the Mayor of St George.

Led by the Sea Cadet Corps from TS Admiral Somers, the ceremony ended with the national anthems of the United States and Great Britain.