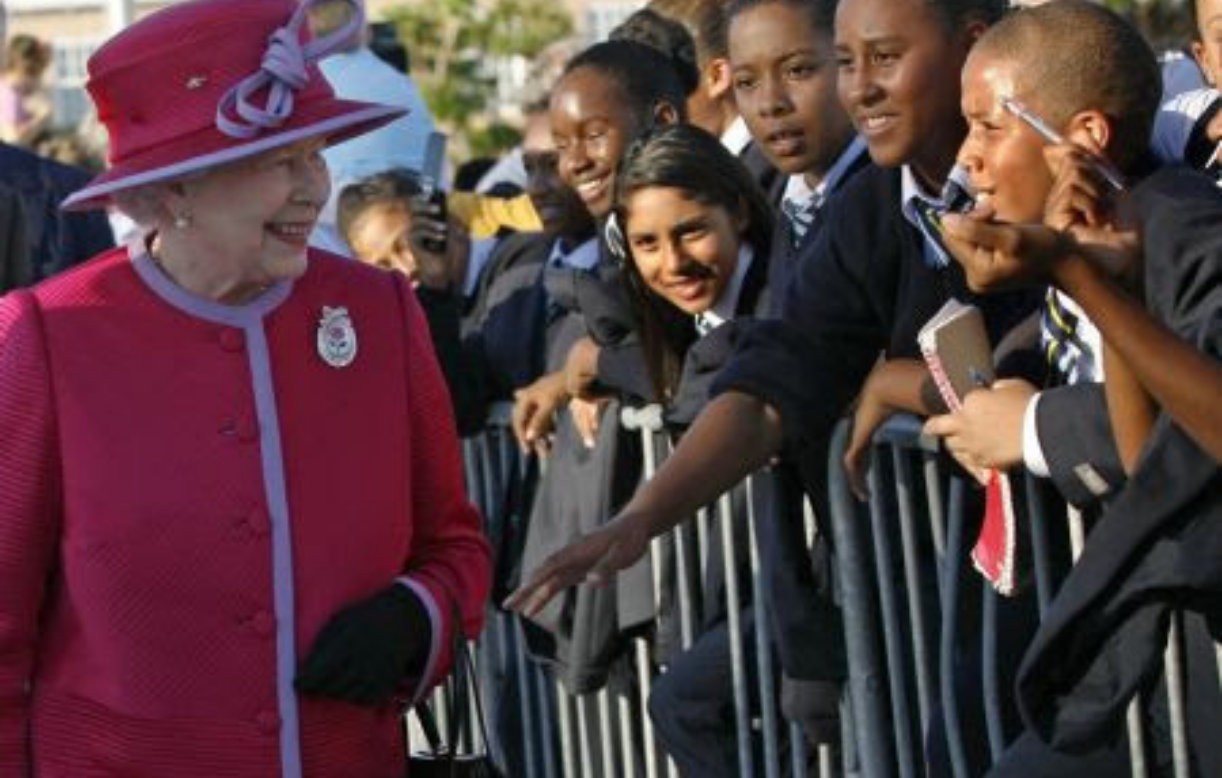 St Peter’s Church in St George’s will tomorrow hold a special service to celebrate the tenth anniversary of the intituling as Their Majesties Chappell by Her Majesty Queen Elizabeth II.

This history of this prestigious honour dates to 1697 when the English monarchs, King William and Queen Mary, sent communion silver to St Peter’s Church. The warrant which accompanied the delivery referred to the church as “Their Maj’ties Chappell”.

This seemingly insignificant bit of colonial history remained widely unknown until a sailor made the connection.

Thomas Sinsteden, an avid sailor and silver scholar, had visited St Peter’s Church during one of the Newport- Bermuda races.

“I had a bit of time on my hands. I went to St Peter’s Church and saw some royal silver on display in the safe there,” he explained.

Years later, while conducting personal research at the Public Records Office in Kew Gardens, London, Dr Sinsteden discovered the original warrant relating to the silver that he had seen at St Peter’s.

The document dated back to 1697 and referred to a silver communion set being sent to Bermuda by King William and Queen Mary. He recognised this as significant discovery and brought a copy of the warrant to Bermuda on his next visit in 2007.

Canon David Raths, Priest-In-Charge of St Peter’s Church at the time, also saw the significance of it and subsequently the process for intituling was put in motion. The cause was then taken up by David Baldwin RVM, Sergeant of the Queen’s Vestry, and a petition for the title was applied for by His Excellency the Governor, then Sir Richard Gozney.

The process to confirm this title was complex and required some “behind-the-scenes diplomacy” to get done.

Governor Gozney wrote to Queen Elizabeth to request permission to restore the royal title to St Peter’s while Sergeant Baldwin liaised with Mr Raths on the production of the intituling document.

In 2011 official confirmation was given that St Peter’s Church would be bestowed with the old royal heritage title of Their Majesties Chappell to mark its 400th anniversary.

This was an exciting day for St Peter’s Church as it fortified its significance in Bermuda’s cultural and religious history.

Before St Peter’s – as we know it – existed, a temporary post and thatch church was built in St George’s by the first settles to colonise Bermuda in 1612. In 1619 a wooden church was built and in 1620 the first General Assembly met in there.

After a hurricane damaged the church, it was rebuilt in 1714 with new stone walls, incorporating the wood from the original building into the new structure.

On April 22, 1826 the church was consecrated to St Peter’s the Apostle and became known as St Peter’s Church.

The building is revered as the oldest surviving Anglican Church in continuous use outside of the British Isles. It is also reportedly the oldest Protestant Church in the “New World”. The addition of the title of Their Majesties Chappell further elevated its historical and prestigious status.

On Sunday, March 18, 2012, the congregation of St Peter’s and the wider St George’s community witnessed a service to celebrate the intituling of St Peter’s as Their Majesties Chappell. During this service the communion silver was carried in procession and placed on the antique 1612 Communion Table and the intituling document was read by the Governor.

Tomorrow the original document of intituling will be read once again from the pulpit, this time by Her Excellency, Rena Lalgie, Governor of Bermuda. She will read the original copy signed “hand manual” by Her Majesty.

“These are to signify unto you Her Majesty’s pleasure upon her Diamond Jubilee that the venerable Church of St Peter’s, founded in 1612 in the Somers Isles, in recognition of the 400th anniversary of its founding, enjoy in the Year of Our Lord, Two thousand and twelve and thereafter the designation of that early historic title applied from 1689 by Their Majesties King William and Queen Mary and specifically in 1697 upon the gifting of a silver Communion set by His Majesty King William III to accompany the Bermuda Company chalice of 1625, namely ‘Their Majesties Chappell’ in St George’s, Bermuda.”

The unique set of historic silver that led to the title will be buffed up and shining, as the community reconnects with the Royal Warrant of 1697, a copy of which is now on display in the vestry in a special cedar case.

The communion set is one of the few remaining still intact and located in the church to which they were given, having been preserved for over 300 years.