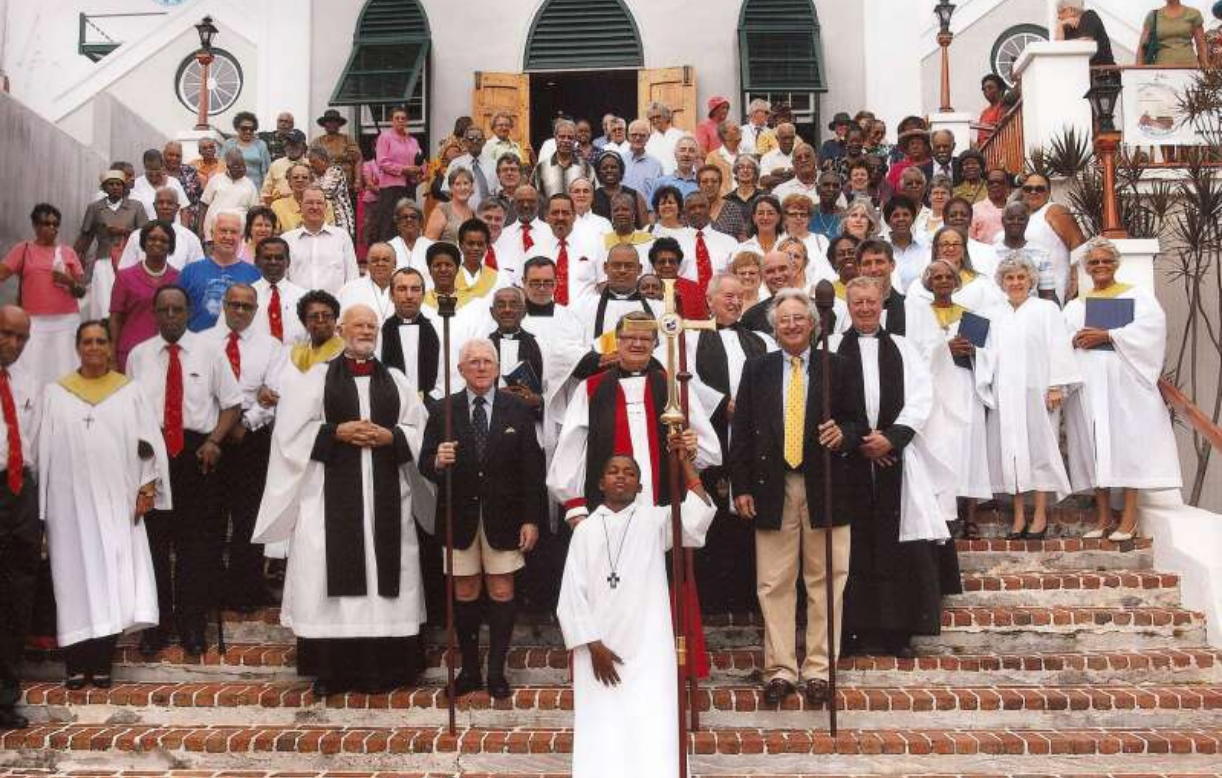 In 2004, all Reverend Canon David Raths dreamt of was “living somewhere by the sea”.

He was then an army chaplain for the National Defence and the Canadian Armed Forces, ministering to soldiers in war-torn parts of the world. When he wasn’t serving overseas, he worked as a part-time parish priest in Ottawa.

“I felt ready for a change of pace and to get back into full-time ministry,” Rev Raths said. “My bishop at the time said he didn’t have another post for me that year, but said I could look outside of the diocese, so I decided to do that. I felt because I had been landlocked all my life and because my children were grown up, I could go off and live somewhere by the sea — you don’t get more ‘by the sea’ than Bermuda.

“I saw online they were looking for a new priest at St Peter’s Church in St George and after considerable back and forth, I arrived here in June 2005. It’s been a very interesting 12 years since.”

The 74-year-old is retiring this month to spend time with family in Canada.

The last decade has been a time of great change at St Peter’s, he believes. Over the years he’s noticed the population has become older, and started to dwindle; he believes the church is missing “at least one whole generation” in the pews.

“The church is open all week and the numbers of visitors have picked up,” Rev Raths said. “We have greeters at the doors, a faithful bunch of volunteers, so when people come they feel welcomed.

“The greeters are all parishioners or friends of the church. They know a lot about the church, they love the church and have grown up here, so that makes all the difference for our visitors. They count everyone who steps through the doors each year. It’s around 65,000 — and that’s just the weekday visitors. This is the number one tourist destination in Bermuda.”

The history of St Peter’s is part of the draw, Rev Raths added.

“Many Americans ask, ‘How much of the church building is original?’ I guess they expect for it to be replicated. We have had to rebuild after hurricanes but parts of the wood go back to the 1600s and they are intrigued it’s still a real, working, active church because to them it looks like a museum,” he said.

“Many visitors stop by to pray. People walk in and want to tell me about their church background or ask for a blessing and it’s a ministry to all those people and that’s just a huge thing.

“It’s been difficult to get support to keep it open, but we have managed. There’s a group called Friends of St Peter’s Church that has been wonderful in supporting and helping with projects like restoring the clock and those types of things. Without that we just couldn’t keep up. There has been a lot of support and goodwill for St Peter’s throughout Bermuda because of its significance, not just as the oldest church, but as an integral part of Bermuda history and the island’s overall identity.”

Rev Raths recalls how tourists turned out even during a major storm a few years ago.

“The organist called and said, ‘Are you going to do church?’ I said, ‘Let’s just go down and see who shows up’.

“It was really blowing and rainy, but soon after a man walked around the corner and said to me, ‘Are you open for church?’ He had just brought an elderly couple all the way from Cambridge Beaches who said the only thing they wanted to do was come to church at St Peter’s. In total, 17 people showed up that day.

“It’s been that type of ministry to visitors.”

Before arriving here he imagined he would get bored in such a tiny place — it never happened.

“I’ve never worked so hard in my life and the people in Bermuda and in the parish of St George’s have been wonderful,” he said. “Many of them are eccentric, but that’s just part of the fibre of the community and it’s been a wonderful experience. If we were all the same it would be boring.

“I have enjoyed the people very much. Overall it’s been a good 12 years, but very exhausting.”

He is looking forward to relaxing and spending more time with his six grandchildren.

“I have missed them being born and see them only once a year. That’s been the hardest part being here and being away from family,” he said. “I also have seven siblings that I have seen even less than my grandchildren so I’m ready to try to catch up with family.”

Once he has time to catch his breath, he’d like to minister to soldiers with mental, physical or emotional challenges because of the conflicts they’ve faced around the world.

“When I was an army chaplain, what was hardest for Canadian soldiers in all these places were the children. Because a lot of us were dads, seeing kids in the midst of this devastation was the most difficult part. I would like to do more with Unicef or an organisation like that,” he said.

His hope going forward is that St Peter’s will continue to play a pivotal role in Bermuda, not only for visitors but for the local community as well.

“The wonderful thing about St Peter’s is it’s a true town church, the only one in Bermuda,” he said. “It was very central to the community in St George, so as the priest I got to take part in a variety of community happenings.