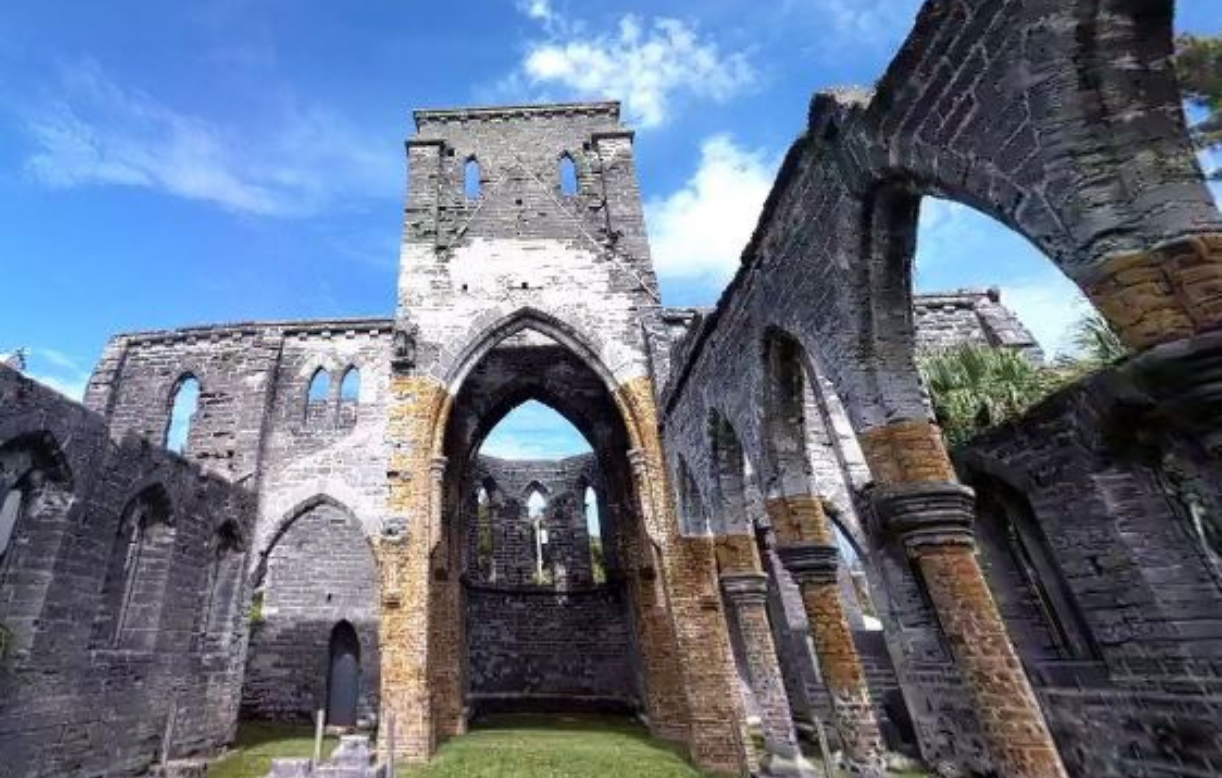 Other churches featured on the list include structures in Russia, Maui, Ireland, Italy, the United States, Macedonia, the United Kingdom, Indonesia, Turkey, Bulgaria, and Spain.

Construction of the Unfinished Church got underway in 1874, but a variety of unforeseen circumstances left the structure to never be completed, leaving it in its current unfinished state.

More than 50 years after work on the church began, a strong hurricane destroyed much of what had been completed during the initial construction phase, leaving behind a treasure that no one could have predicted.

The Unfinished Church is now a protected historic monument as part of the St. George’s UNESCO site.