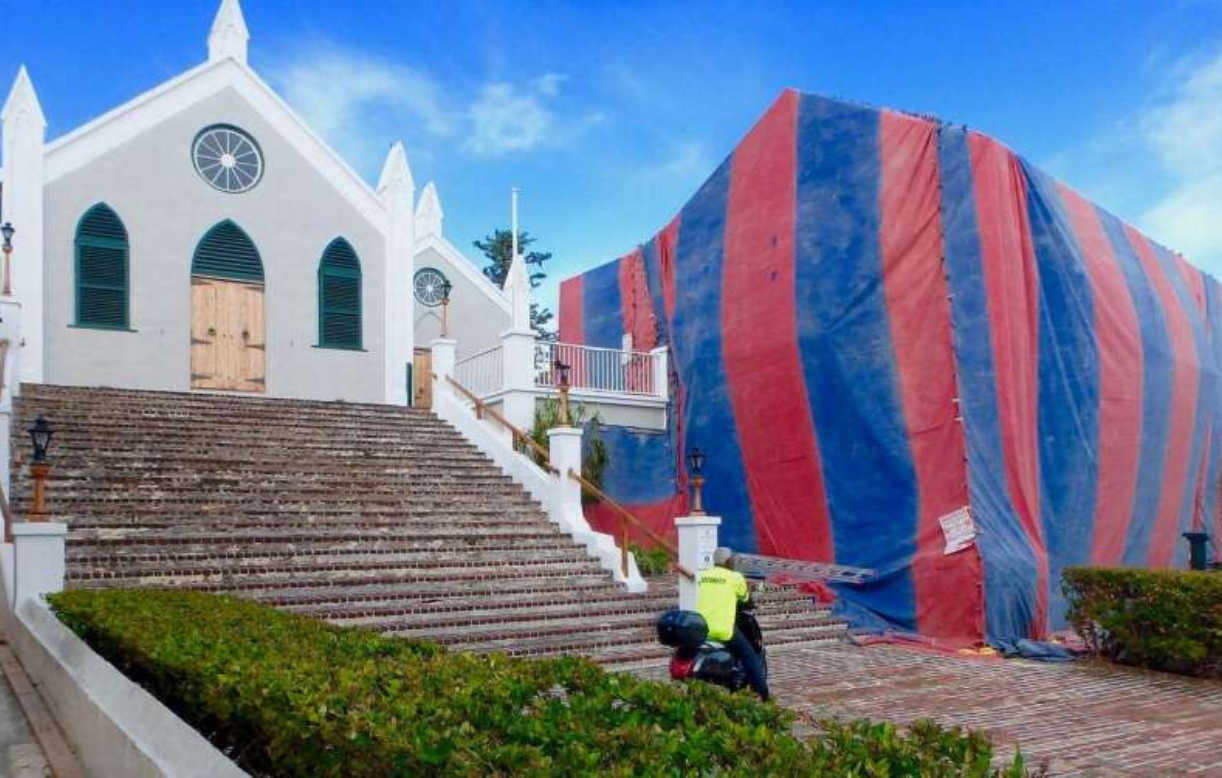 An infestation of termites is being tackled at the hall next to Bermuda’s oldest church.

Interior woodwork, skirting boards and door frames were plagued by the pest in the church hall at St Peter’s Anglican Church, in the Town of St George.

The hall has been tented so that it can be fumigated with cash provided by Unesco, the United Nations agency which promotes St George as a cultural site.

Gillian Outerbridge, the parish administrator, said: “I am so relieved to have the tenting finally take place.

“It has been a real worry that the termites might spread just a few feet across to the ancient and invaluable church. Ms Outerbridge added: “We are very blessed that the Unesco fund provided funds to The Friends of St Peter’s Church to cover the cost of the fumigation.”

She said: “We tried to tiptoe out of the building with it so as not to drop any on the way out.”

St Peter’s, which dates back to 1612, is the oldest Anglican church outside England.

The hall building includes housing offices, a choir room, flower room, toilets and the much used hall and kitchen on the ground floor.

It was named for Edith Clair Spencer, long time church organist and greeter, in 2011.