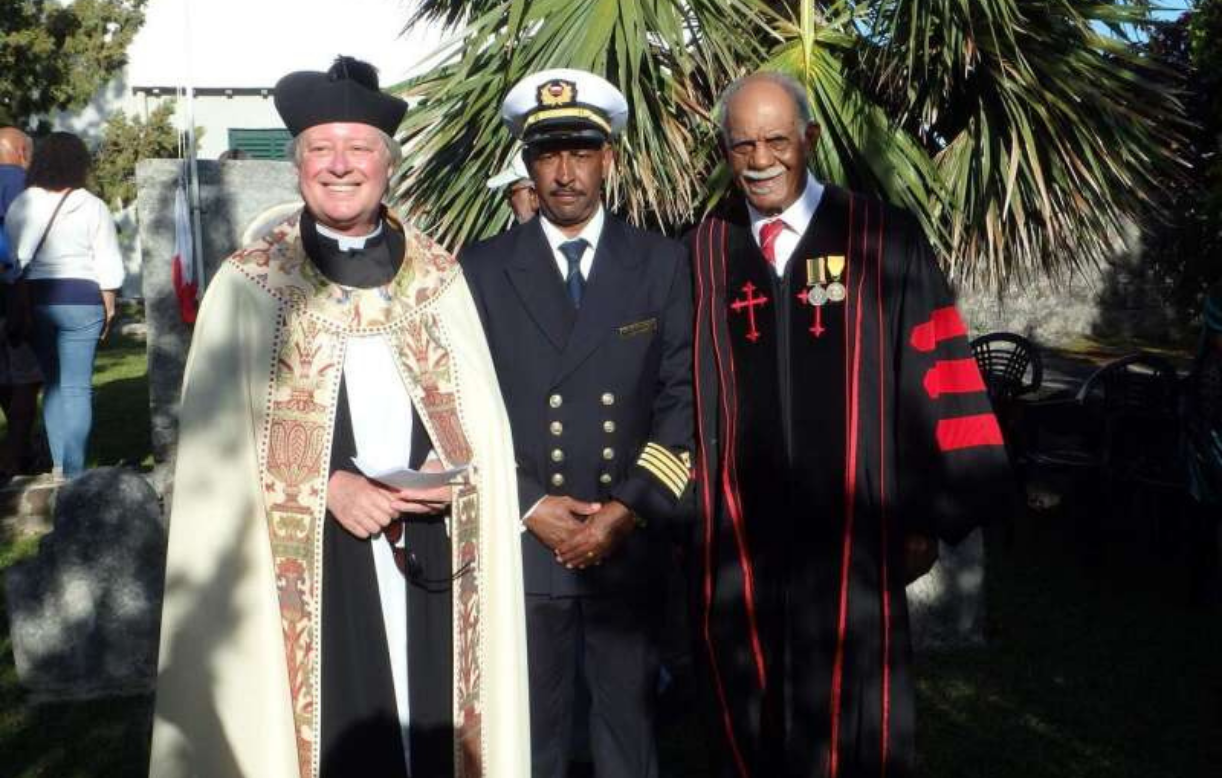 A memorial service to honour former slave and ship’s pilot James “Jemmy” Darrell was held in St George’s at the weekend.

Mr Darrell piloted the Royal Navy warship HMS Resolution to its mooring near Tobacco Bay in 1795 while still enslaved.

Royal Navy Rear Admiral George Murray was so impressed with his skill, he recommended Mr Darrell be freed.

The pilot was also one of the first appointed King’s Pilot and also the first black man on the island to own his own home.

The ceremony at St Peter’s was led by Reverend Erskine Simmons, a former AME pastor, and Reverend Tom Slawson, parish priest for St George’s and St Davids. The service was attended by Bermuda Sea Cadets, family and descendants of Mr Darrell including Dorothy Williams, members of the Corporation of St George, Renée Ming, St George’s North MP and people from the sailing and maritime world.

An exhibit designed to highlight Mr Darrell and his achievements was opened on the same day at the Olde Towne’s World Heritage Centre.

It features historical documents, artefacts and a scale model of HMS Resolution by master woodworker Milton Hill. Mr Darrell has also been nominated as a Bermuda National Hero.