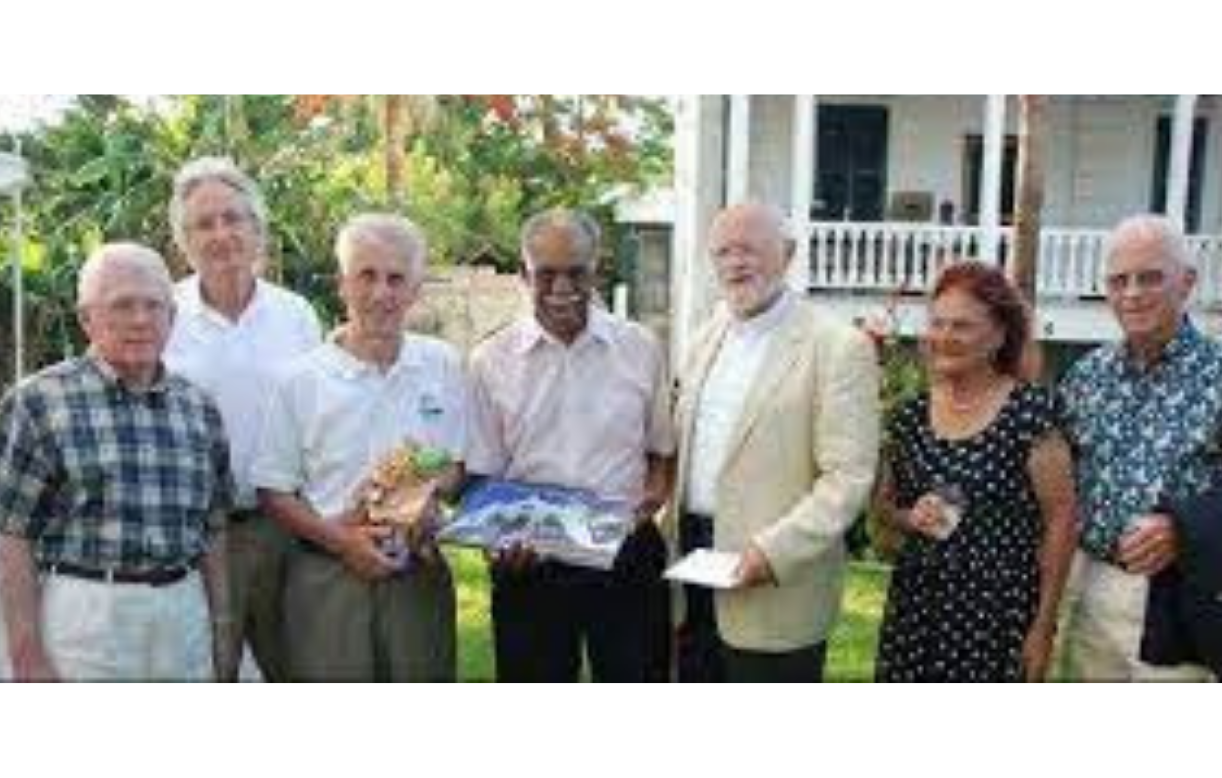 The Rev Dr Erskine Simmons got into one of his most magnanimous moods when his 80th birthday began rolling around. So with the support of Michelle, his busy wife — the soon to retire Principal of the Berkeley Institute — they hosted a fabulous ‘Help Erskine Celebrate his 80th’ party.

White Hall, the imposing historic mansion Erskine acquired for his home two decades ago, three-storeys high (when taking into account the old ground-floor slave quarters) with its spacious lawns was the perfect backdrop for the 200-odd family, friends and colleagues from a broad spectrum of the community to be roundly feted with good food and fellowship just as the Simmons’ laid on. As a matter of fact historians have noted many instances of the grand celebrations held ‘back in the day’ by second Mayor of St George’s town who built White Hall in the early 1800s, using it as the centre of political, social and cultural influences he and others wielded for the nearby St Peter’s Church and other institutions.

The Harvard and Wilberforce University trained Dr Erskine has wielded his own influence over the years as a civic and political leader as well as a pastor in AME Churches in the US and at home. Most significantly he was a member of The Secret Progressive Group that launched the Theatre Boycott in 1959 that wiped out the government sanctioned racial segregation in hotels, theatres and other public places in Bermuda. Errol Williams’ movie ‘When Voices Rise’, which has been featured several times on CITV recently has highlighted the role played by Erskine and others in the Progressive Group.
By Ira Phillip