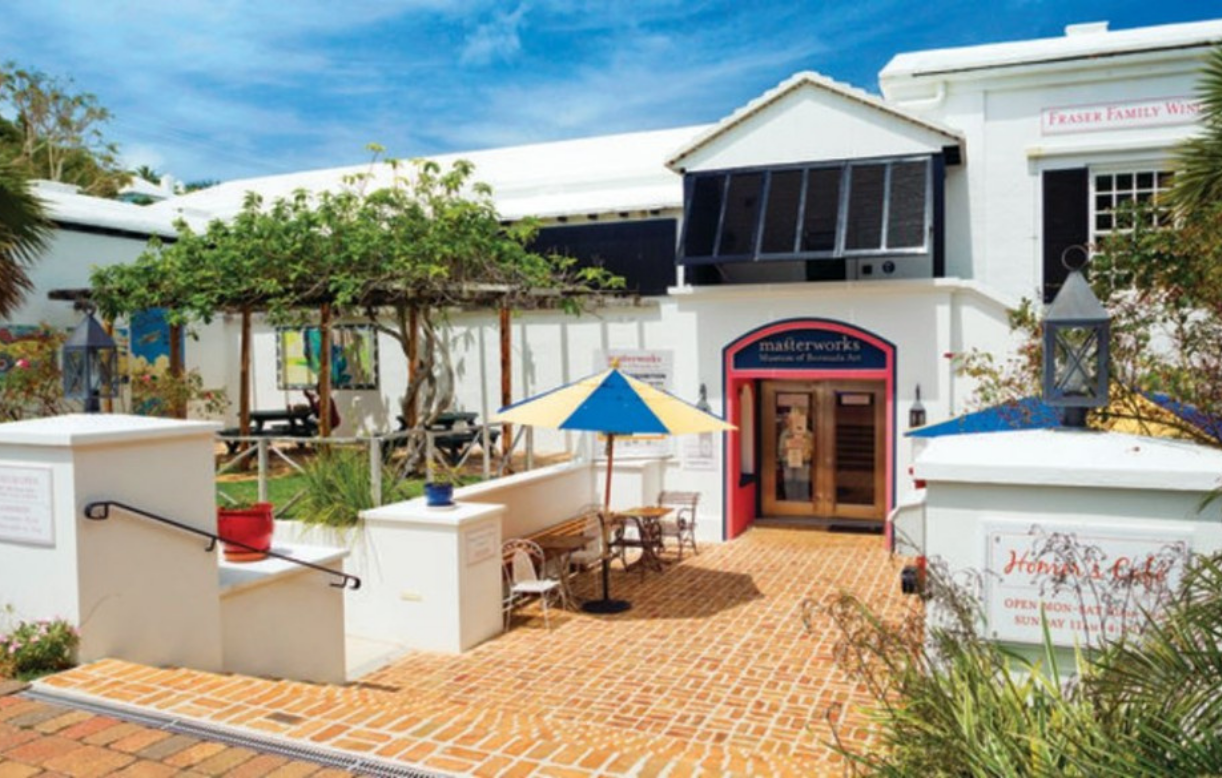 There is a sea-fever raging at Masterworks. A marine show with paintings, sculpture and photography are on exhibit in this celebration of all things of the sea. There is a prize at stake — a magnificent one too — called the ‘The Serjeant’s Cup for Marine Art’, donated by St Peter’s Church and originally given to the St George’s church for their 400th anniversary by the Serjeant of the Vestry of the Chapel Royal. There is a cash prize for the winner and several category prizes too. The side gallery that houses the exhibit is festively decorated with flags and a ship’s wheel, bottles and sea paraphernalia.

The show aims to encourage wide participation from the amateur to the professional artist in a fun way. It is in this spirit that the exhibit can be enjoyed and shouldn’t be confused with the genre of marine art painting.

An example of the lighter tenor of this exhibit is Wendell Hollis’s amusing The Lady in Red — definitely no barnacles there — you’ll see! Using acrylic and paste he works with deep texture creating a sculptural effect. In his painting Igor he creates a fearsome, frothing sea, and in the words of John Masefield’s poem, you sense “a grey mist on the sea’s face and a grey dawn breaking”.

Chris Marson has turned to gouache as he continues to explore opaque mediums rather than watercolour — his medium of choice. It is not without success. Gouache is an opaque watercolour and the technique makes the control of tones a challenge because the paint tends to dry darker. I like the way he has maintained a dynamic sky to good effect. Jill Raine’s watercolours contrast in style: one linear and a familiar representation of her style; The Other Storm is a sea and rock composition of horizontal and vertical thirds indicative of careful design and completed in a looser style. The pattern of the wave is repeated in an inverted form in the wet sand. She should continue such stylistic exploration.

Emma Ingham has used mixed media in an imaginative piece entitled Man of the Sea/Ancient Mariner which is a thoughtful and creative use of the license this exhibition has given the artists. Flotsam and jetsam are included for this show, including the plastic sculptures by Shaunagh Butler and Carol Gracie’s A Bermuda Driftwood Tree. Milton Hill exhibits two of his exquisitely carved cedar ships, including The Plough. His sculptures always have the power to fascinate and to connect us with the spirit of sail and pioneering discovery of the past.

Alice Coutet’s paintings of precision promise much but don’t always deliver but here she isn’t afraid to try new perspectives, literally and metaphorically, in her acrylic Tall Ships. Otto Trott has two distinctive oils on display including Fish Boat Tom Moore’s as does Kok Wan Lee.

The photography by Johnny Peacock is on show. The atmospheric presence and mystery of the water are exemplified in his photograph Ontario Evening: the water is mysteriously calm and glistens on the marbled rocks of intricate pattern and detail. Gill Outerbridge, who helped co-ordinate the show on behalf of the Friends of St Peter’s Church, has exhibited two photographs, including her playfully titled Waders of the Lost Ark.

Frank Dublin’s large charcoal drawing is signally impressive. The design and composition is a journey in the discovery of pattern. He uses the curved lines of the boat motif, repeating them throughout the picture, creating numerous arcing planes. By the side of the piece are the different charcoals used and a demonstrative swatch of each charcoal’s effect. Not that you need to know about them to enjoy the drawing but it does add a window of understanding into the organic nature of this piece and how the artist has both made and selected the varying charcoals for their inherent properties of hardness, softness and tone. The wood used for the charcoal ranges from cedar to sweet pea and he has clearly enjoyed the process of making his own materials. Andrew Stevenson’s entry is a triumphant black and white triptych called Moonlit Levitating Leviathans. He catches the moment when the gigantic mammal makes the seemingly improbable leap from the ocean in a mesmerising moonlit series of pictures by the photographer and 2011 Charman Prize winner.

So by the time you leave the exhibit the air will smell a little saltier following your immersion in this hydrous offering.