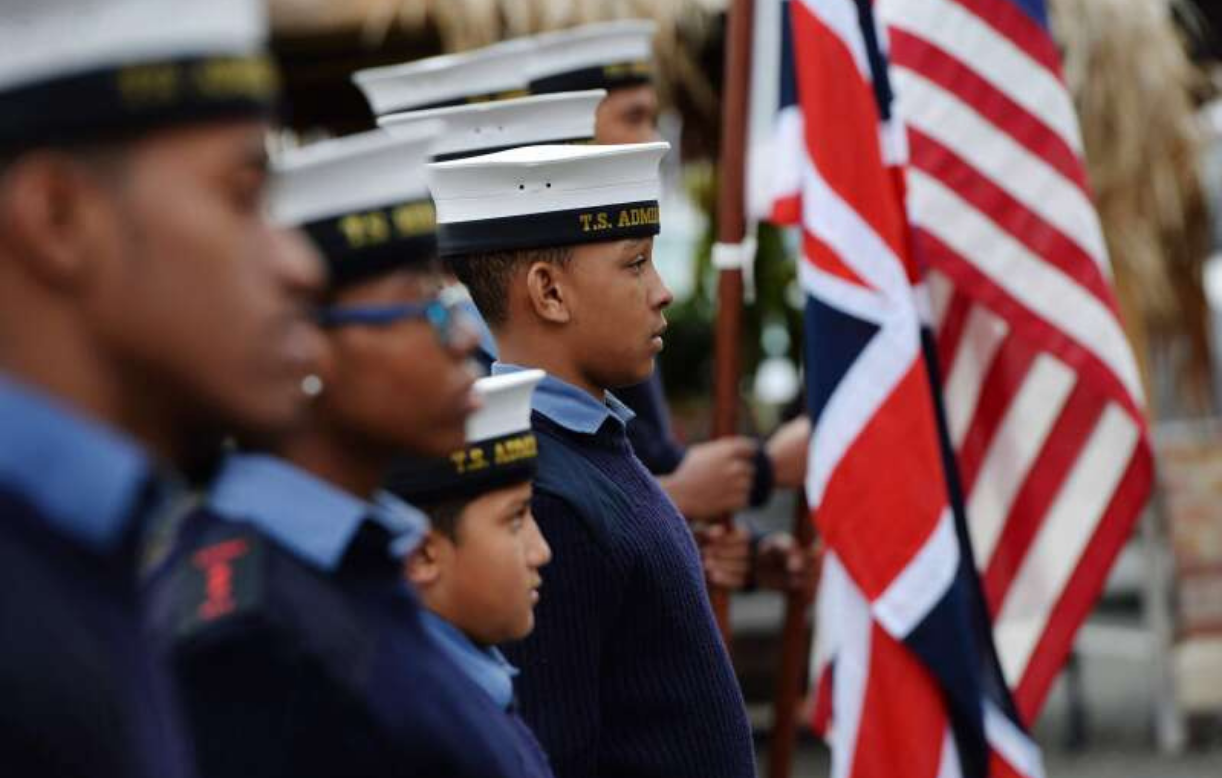 Scores of people gathered at St Peter’s Church in St George at the weekend to mark the 200th anniversary of the death of Midshipman Richard Sutherland Dale.

“We had a good crowd turn out for the anniversary,” said Mr Rothwell.

“A number of wreaths were laid at Midshipman Dale’s grave during the service and the US Consul’s speech at the dinner was very poignant.”

He had been on-board the USS President, which was seized by British ships in January of 1815, and was brought to Bermuda as a prisoner.

The people of St George cared for the injured sailor until he died, five days after the US ratified the Treaty of Ghent, formally ending the war.